The police are tasked with one of the most difficult and important jobs – to ensure the safety and order of our community. While nearly all police officers perform their jobs ethically and with the highest regard for their position and the public, there are instances of misconduct and brutality that cannot be ignored. Seattle in particular has come under scrutiny in the recent past for a pattern of police brutality and misconduct that left several Washington residents with permanent injuries and damages when police overreacted or used unnecessary force. 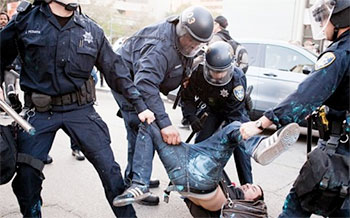 If you are a victim of police brutality or misconduct, you have a right to monetary compensation for the damages caused to you. Federal and state law provide avenues for recovery if you can show that the police were not justified in their use of force or wrongfully arrested you. Civil rights laws in the United States prohibit anyone acting under color of law – such as the police – from violating your rights. These types of claims are commonly known as 1983 claims because they are based upon Section 1983 of a federal civil rights law.

Negligence claims may also be brought against the police department or other entity that provided training and employed the police officers who committed the abuse or other acts that form the basis for your claim. Damages for such claims, including a 1983 claim, may include the medical bills and expenses incurred as result of any injuries suffered, pain and suffering, and – in some cases – attorney fees if you are successful under Section 1983.

We also represent people who are wrongfully arrested or imprisoned due to mistakes or errors in the investigation, prosecution or pursuit of criminal charges or arrest. If you are held in police custody without justification, you may be entitled to compensation.
If you or your family are victimized by police action and suffer physical injuries, contact our Seattle Police Brutality Attorneys for a free consultation with an attorney. All communications with us are held in strict confidence and we do not collect a fee unless we recover money for you and your family.