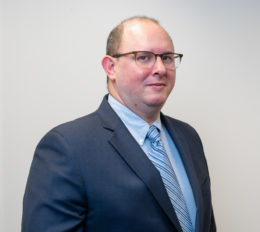 JJonathan is a trial attorney who has practiced in virtually every area of personal injury litigation. Jonathan previously worked on behalf of insurance companies and now uses that knowledge to zealously represent individuals who have been injured and to collect money from those same insurance companies. In his years as a Plaintiff’s attorney, Jonathan has obtained millions of dollars for his clients in both state and federal court.

Jonathan was raised near Atlanta, Georgia and graduated from the University of Georgia before moving to Seattle upon admission to the Seattle University School of Law. Jonathan was an active and successful participant in the mock trial activities before graduating in 2004. Since that time, Jonathan has built a law practice based on seeking justice.

Jonathan’s pursuit of justice on his clients’ behalf led him and his partner, Michael Gustafson, to open Emerald Law Group in early 2010. Jonathan’s trial practice now consists of representing those who have been injured in cases ranging from car accidents and serious injuries, to sexual abuse victims, as well as victims of discrimination, wrongful termination and medical malpractice.